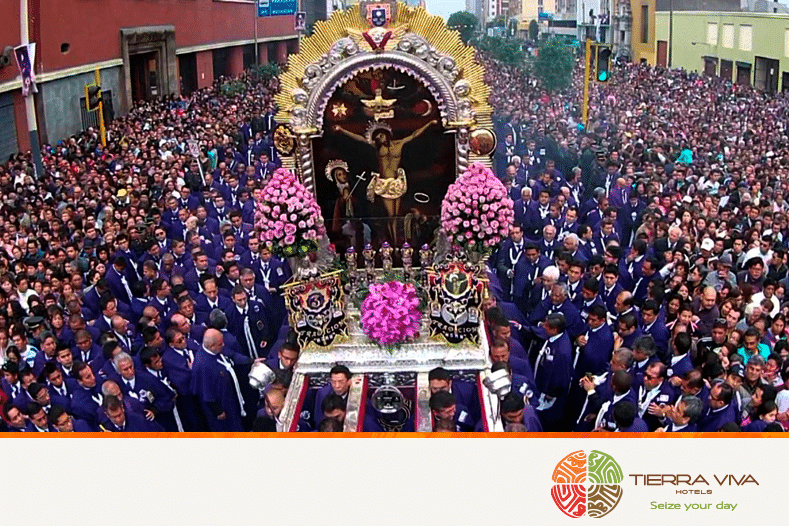 If you walk through Lima during the month of October, you will see several people dressed completely in color purple. The same happens if you go to a match of Alianza Lima, one of the most important soccer clubs in the capital: only during this month, the team leaves its characteristic blue and white t-shirt to wear the purple and white one. What is the reason? The Lord of the Miracles.

Who is the Lord of Miracles?

During the seventeenth century, an Angolan slave who was living in Peru painted, in a temple of Pachacamilla where the African people went to pray, an image of Jesus Christ crucified, without knowing the fervor that, years later, that image was going to provoke among the Lima population.

In 1655, after an earthquake, the temple was totally destroyed, but a miraculous happened: the wall on which the Christ was painted was totally intact.

After several unsuccessful attempts by the authorities to eliminate the mural as it was outside religious norms, the faithful of this Christ was able to rebuild a temple, which was inaugurated in 1671. However, in 1687 this place suffered the same fate as the previous one: a strong earthquake to which, incredibly, only survived the mural where the Christ was.

After this surprising fact, the believers went out to march with a replica of the mural, a procession that gave birth to a great tradition and which is currently considered one of the largest in the world.

After the second earthquake, they decided to build a new one: the Sanctuary of the Nazarenas, in the center of Lima, which is the place where nowadays we can find the mural. Every October, thousands of people from all over the world come here to see the departure of the Lord of Miracles from the church and its subsequent procession. 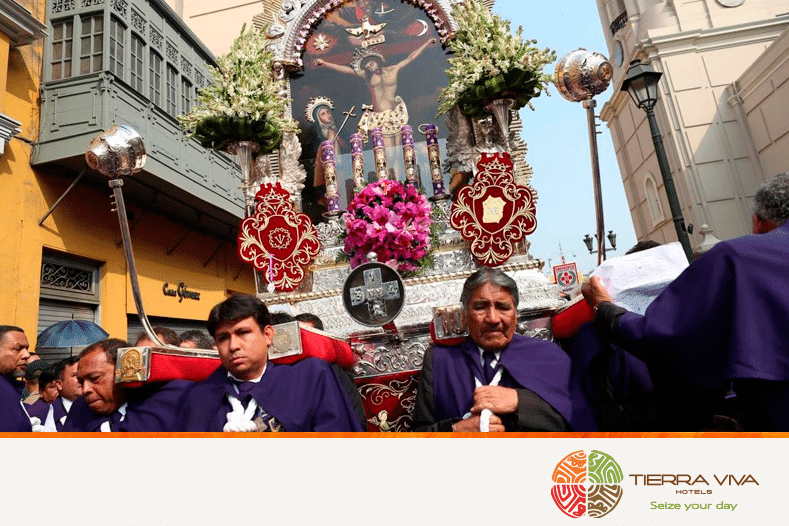 What is the origin of the purple color?

The origin of the history of the purple color is completely separate from that of the Lord of Miracles. According to historians, an Ecuadorian woman named Antonia Maldonado arrived in Peru and was forced by her mother to marry the noble Alonso Quintanilla.

Years later, Quintanilla died and Antonia Maldonado decided to continue her life as a religious, founding the Beaterio de las Nazarenas. Here he implanted the purple garments, typical color of Jesus of Nazareth, which was adorned with a white cord of five knots that represented the Holy Wounds of Jesus Christ.

The Beaterio de las Nazarenas was closed by the authorities and Antonia Maldonado opened another one called Beaterio de Monserrate, which 17 years later would suffer the same fate. After the closing of the latter, they received a plot next to the Chapel of the Christ of Pachacamilla, now known as the Lord of Miracles, and here began the true devotion of the nuns for this Christ and the acquisition of the purple color. 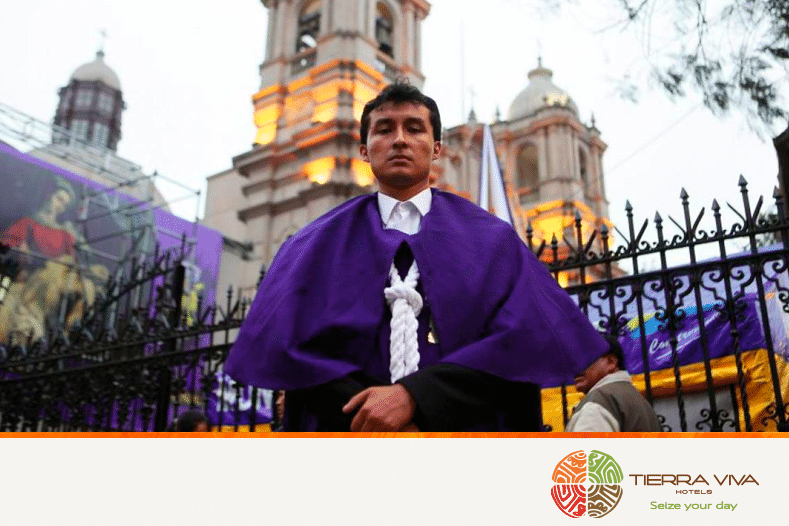 When to live the passion of the Lord of Miracles in Lima?

Although throughout October you will see people dressed in purple and various processions in the streets of Lima, October 28th they celebrate the most multitudinous one.

Do you want to be part of this great religious celebration? We wait for you with the best service in our hotels in Lima, located in the tourist district of Miraflores, just five minutes walking from the sea and from delicious restaurants. Discover our rooms and book here.

Winners of TripAdvisor Certificate of Excellence 2018 and Hall of Fame

Recommendations to climb the Misti, in Arequipa
Scroll to top

Thank you for your interest in Tierra Viva Hoteles.

Our reservation center will be working from home, adopting the hygiene measures to prevent the spread of Covid-19, so until March 31st, please contact us by email.

In case of any special last minute request please contact us at 987577193 or contact each of our hotels directly.